Home » Travel » The best free museums in the USA

The best free museums in the USA 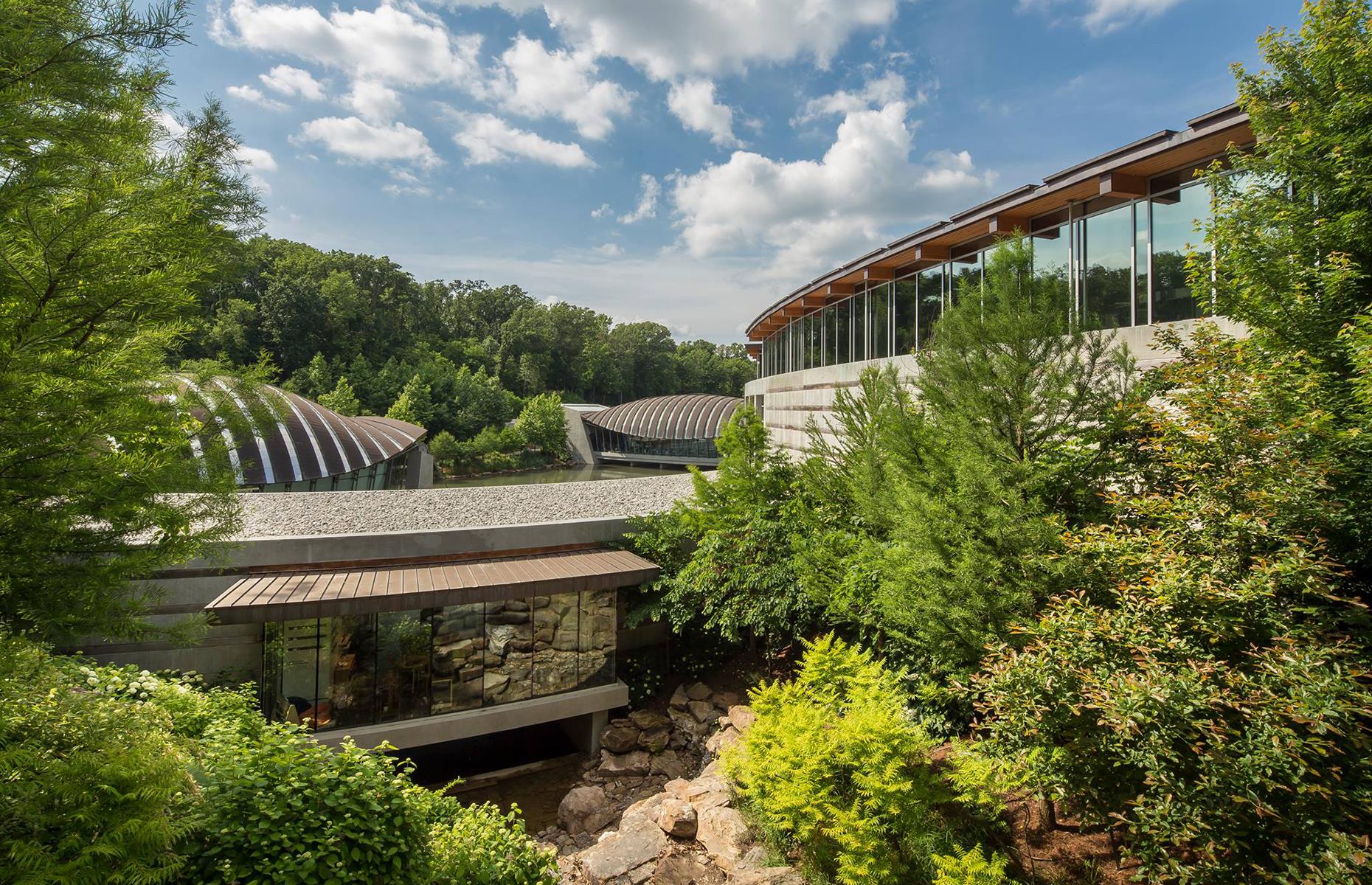 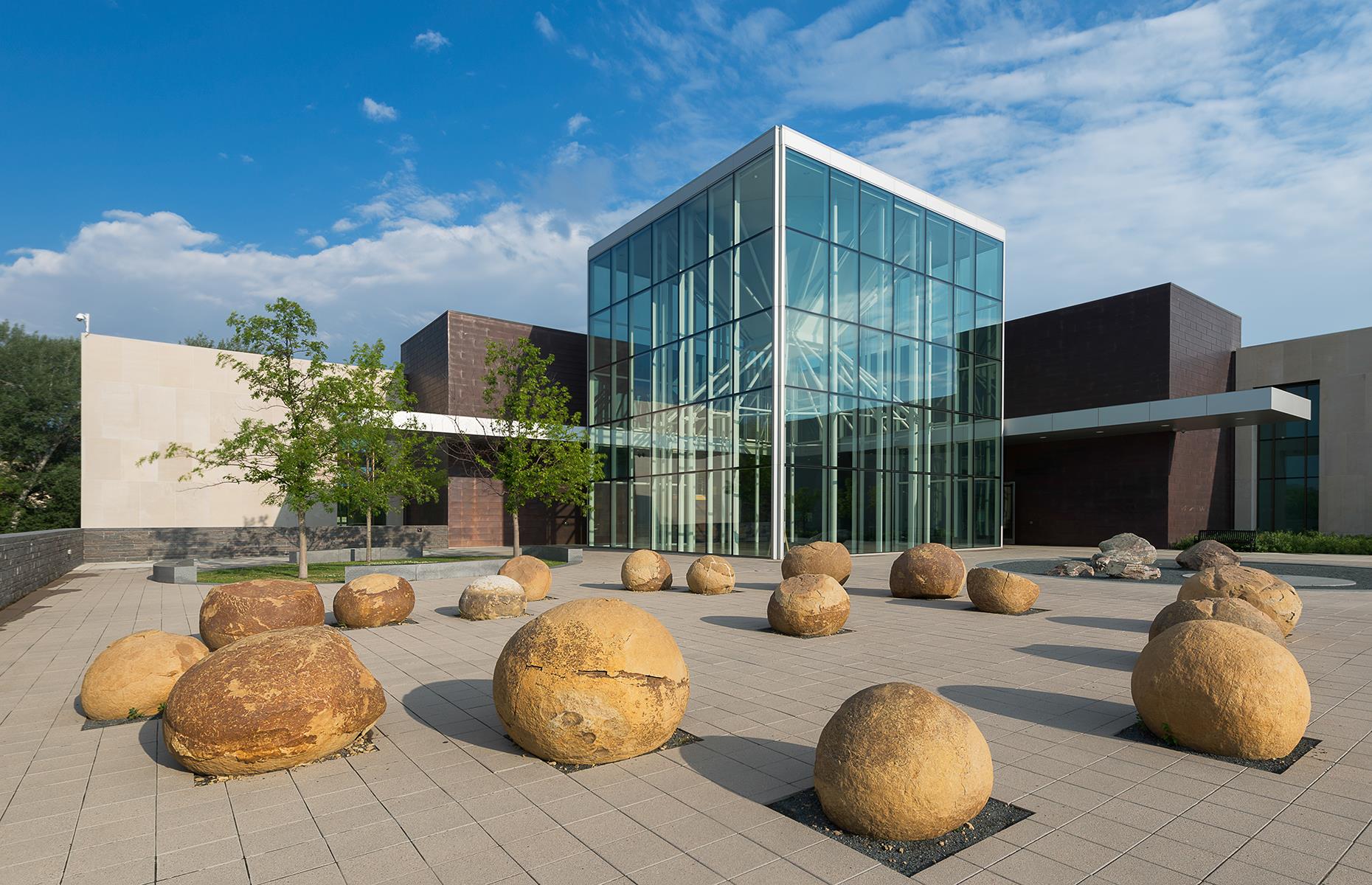 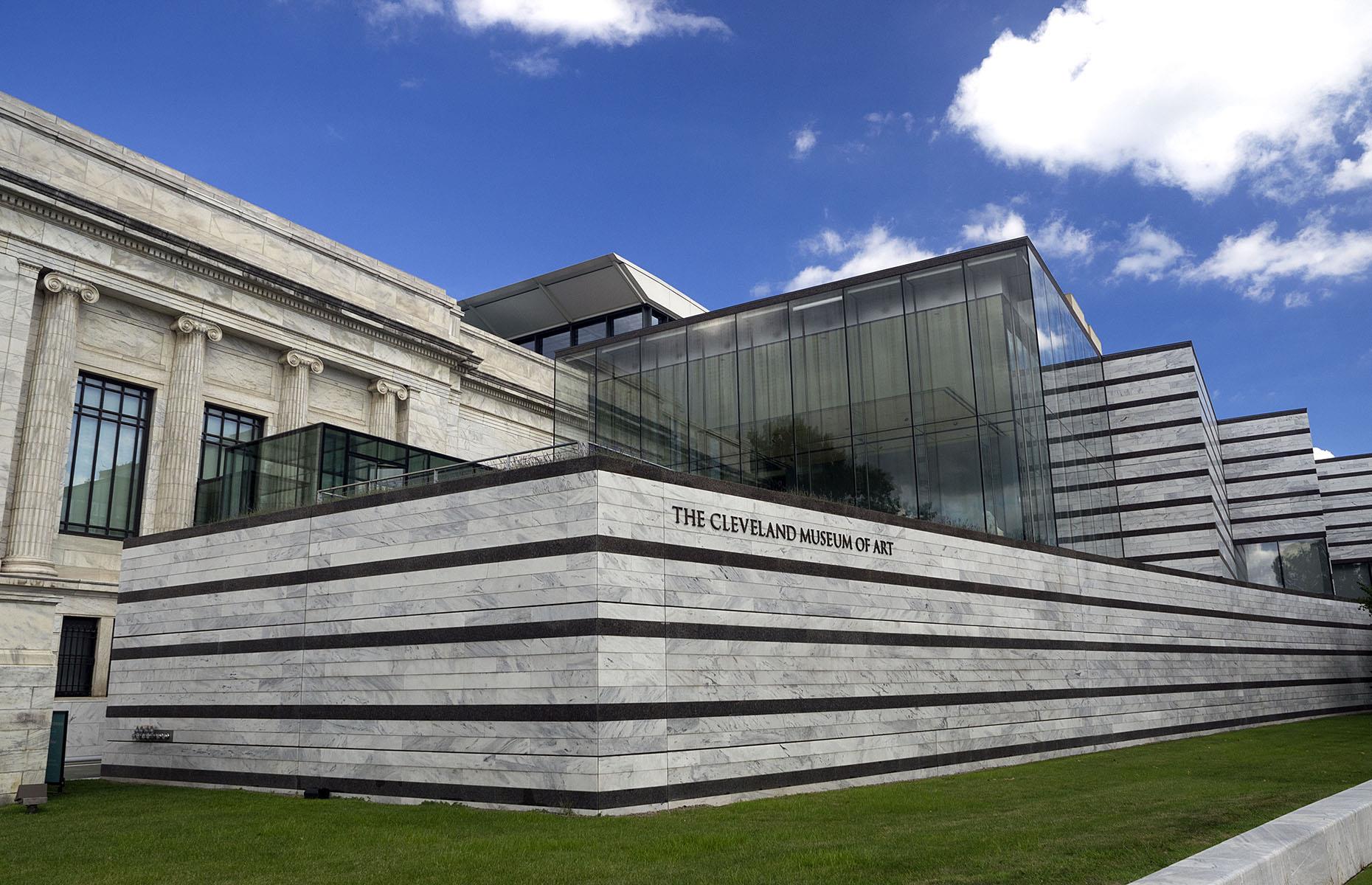 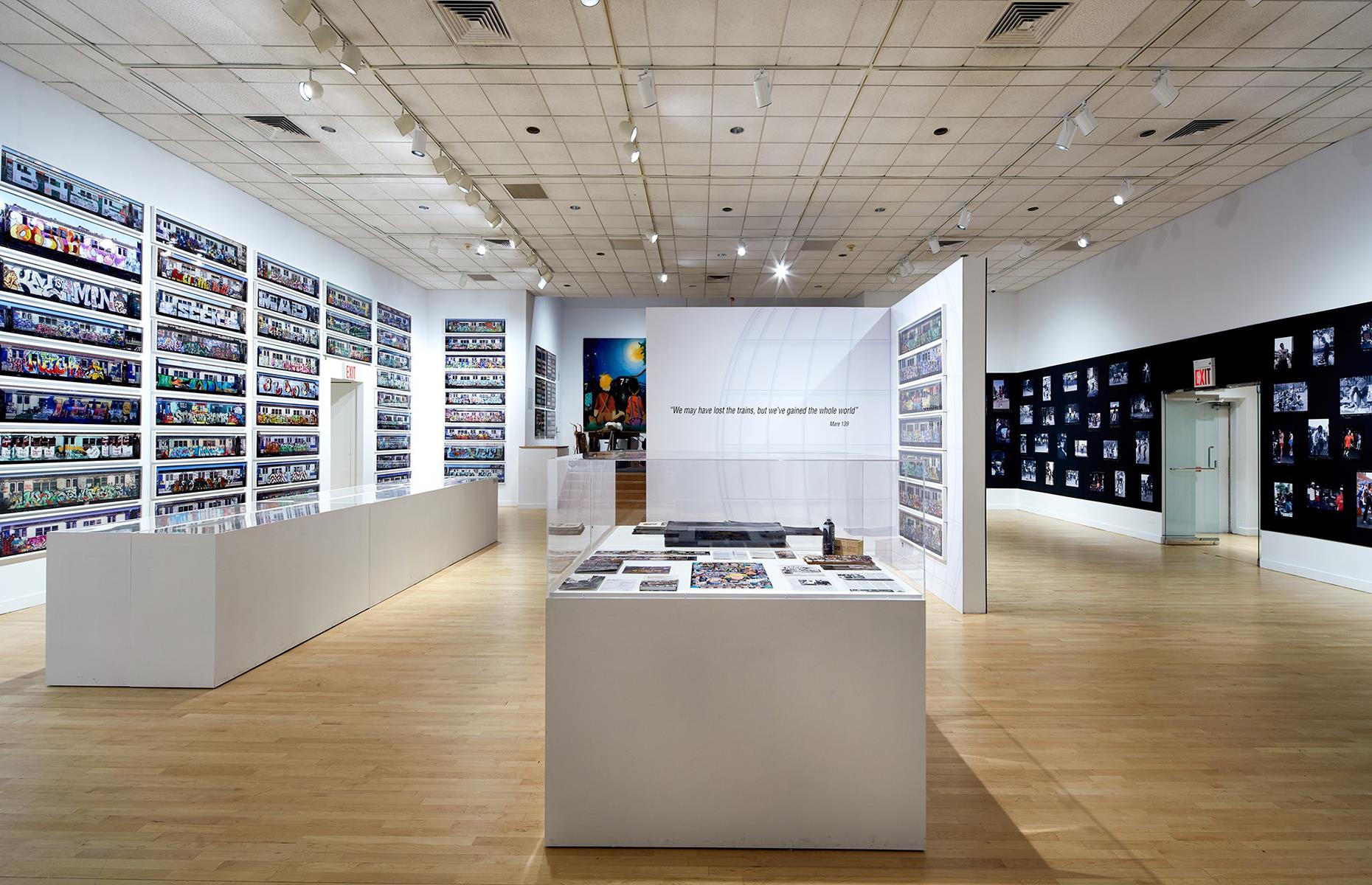 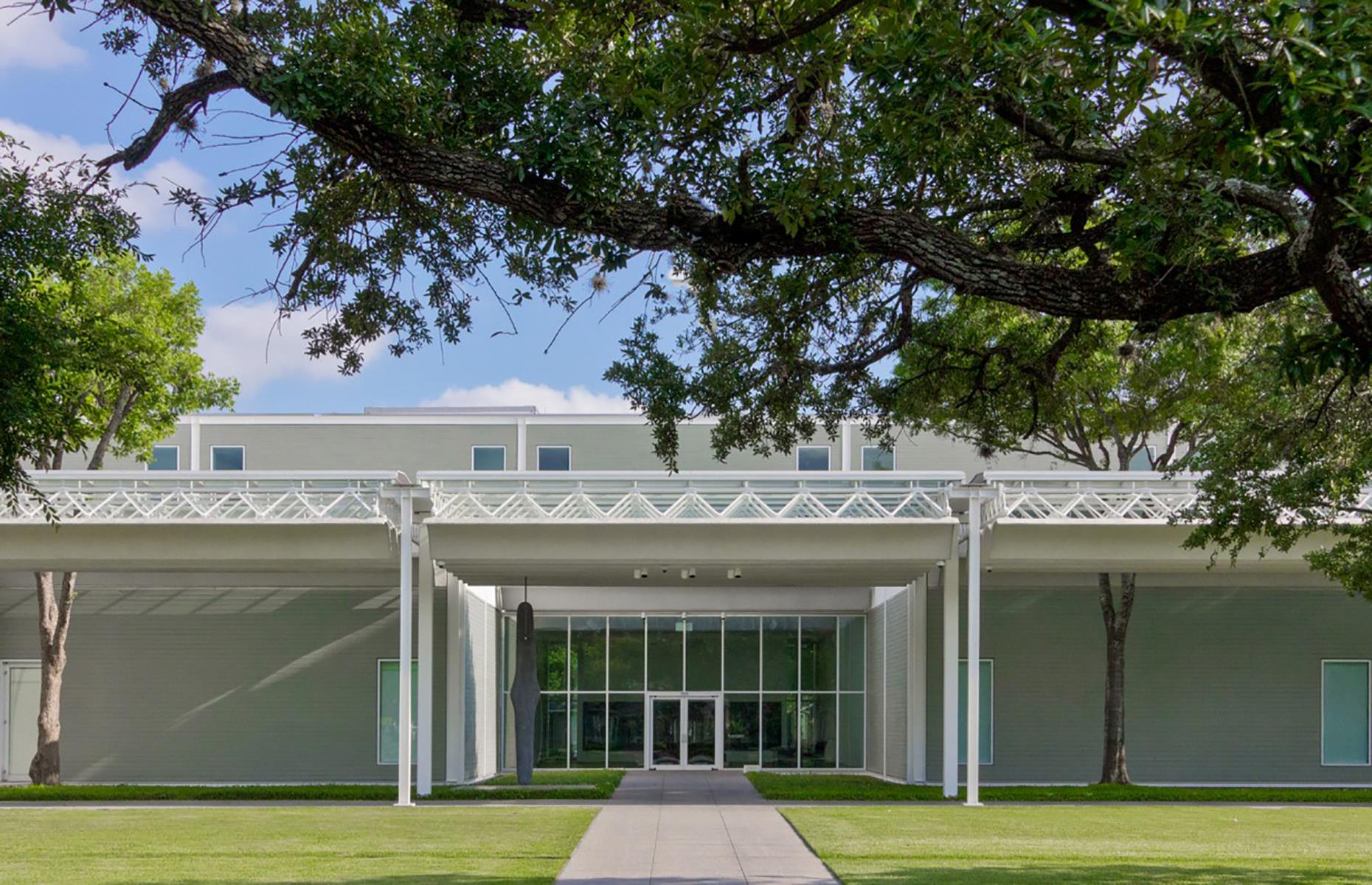 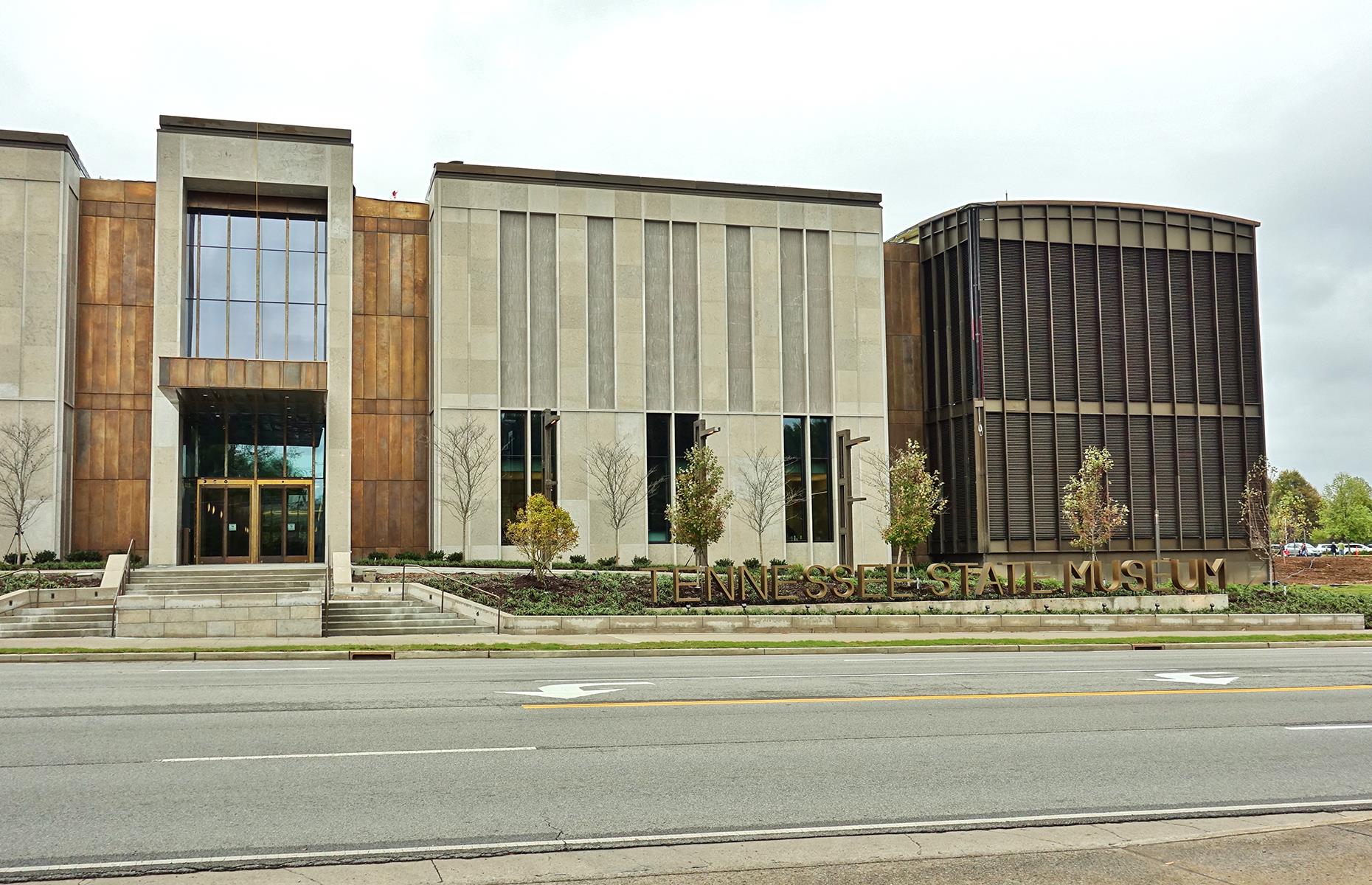 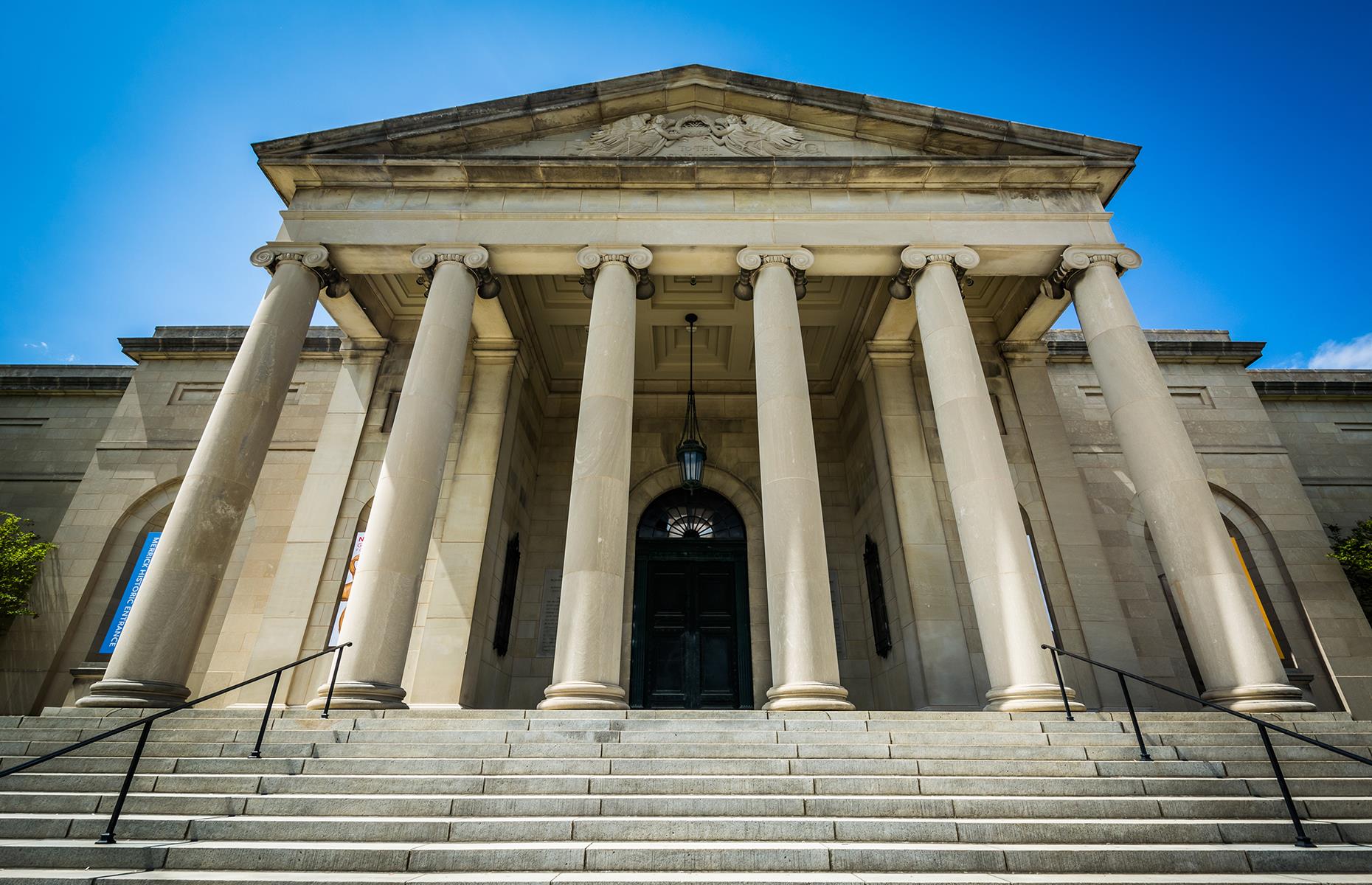 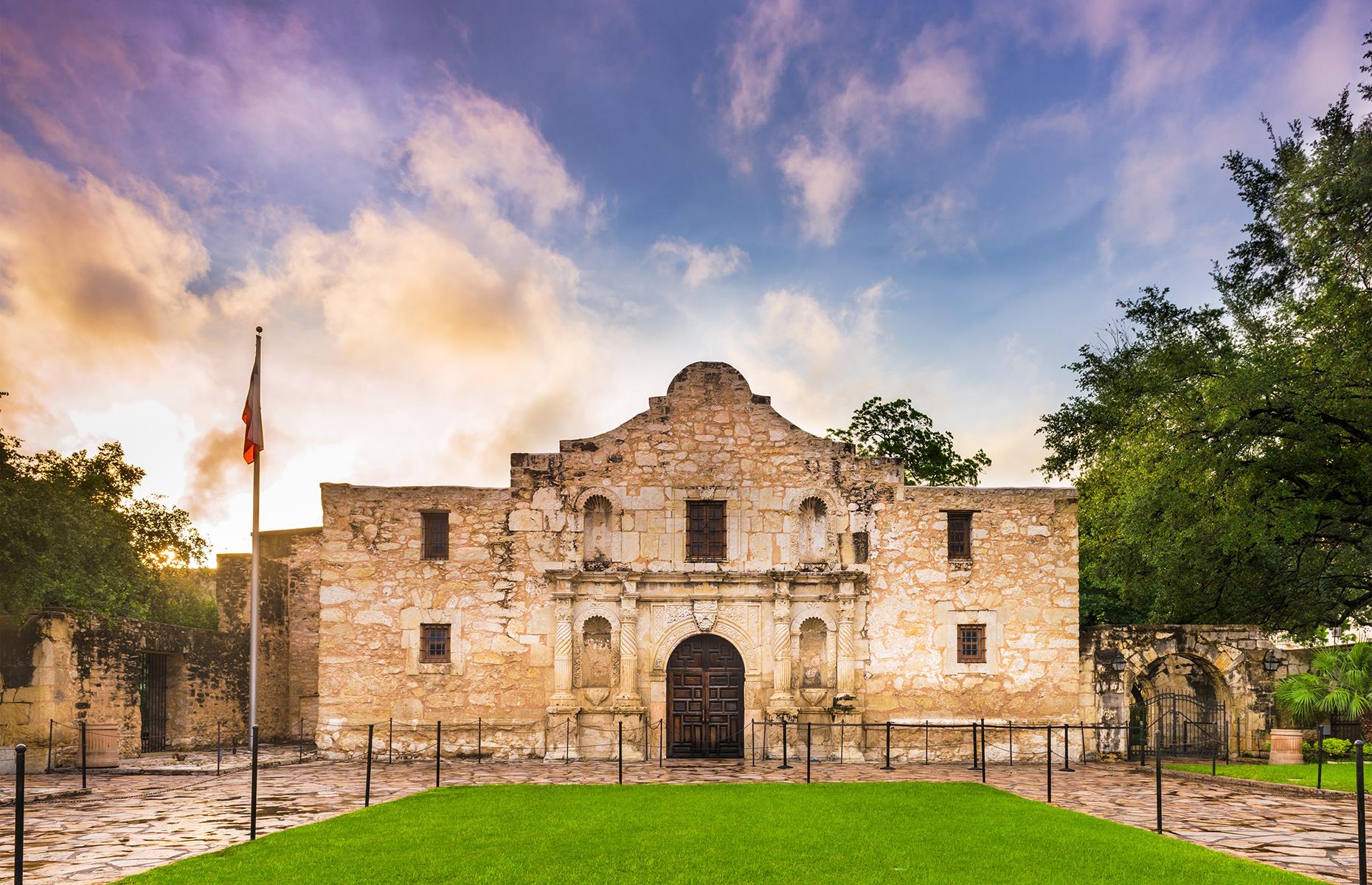 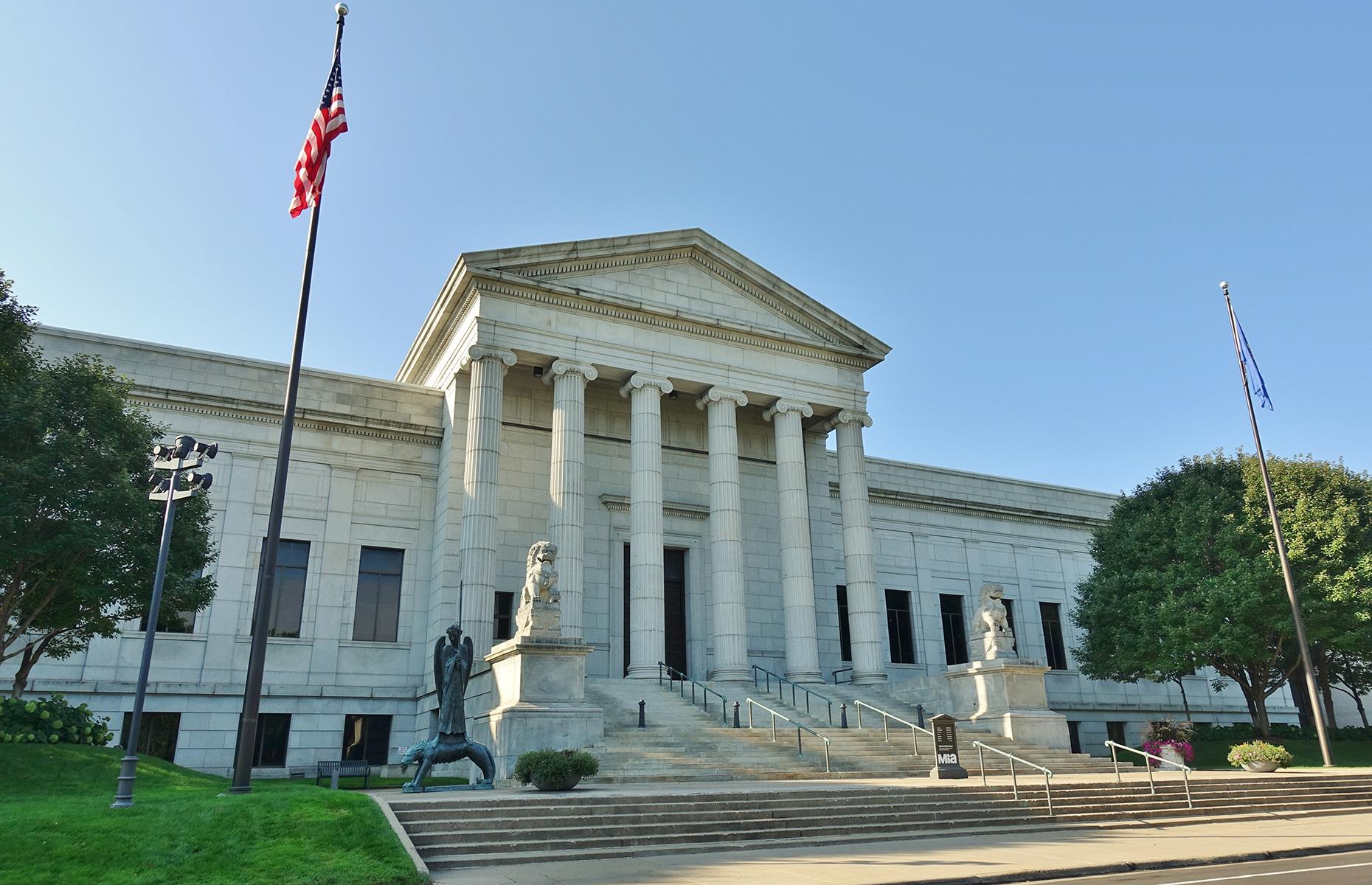 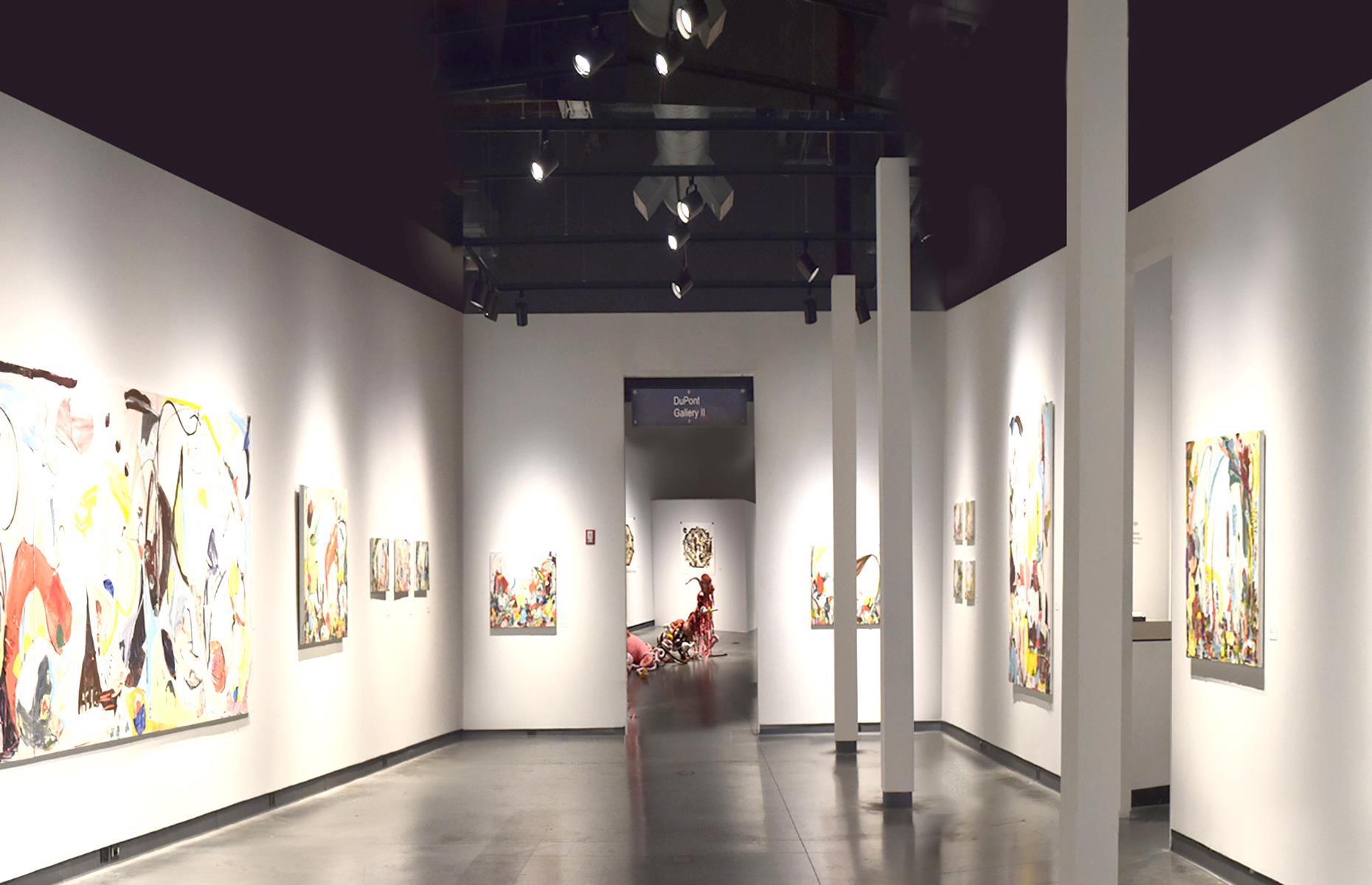 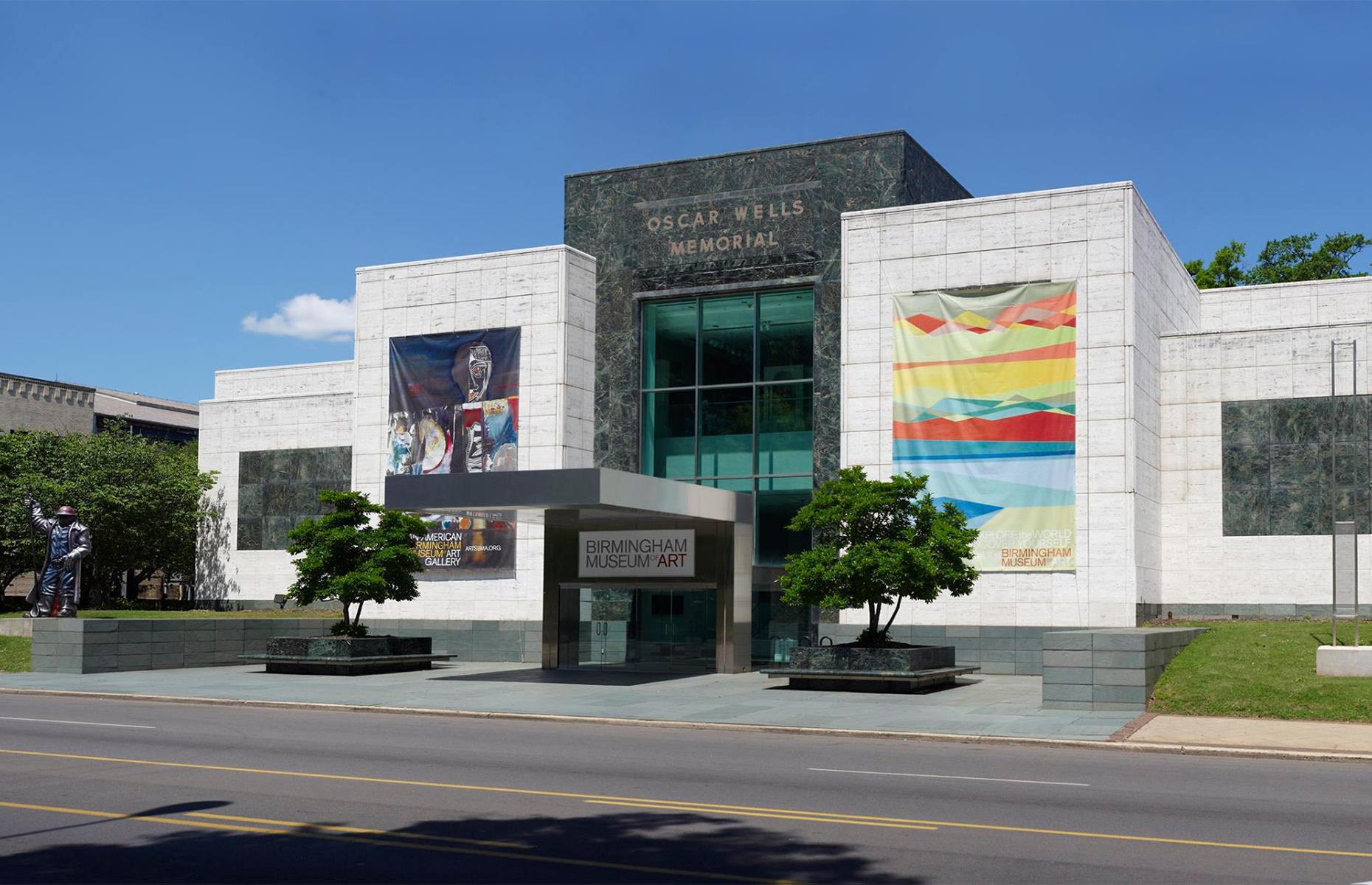 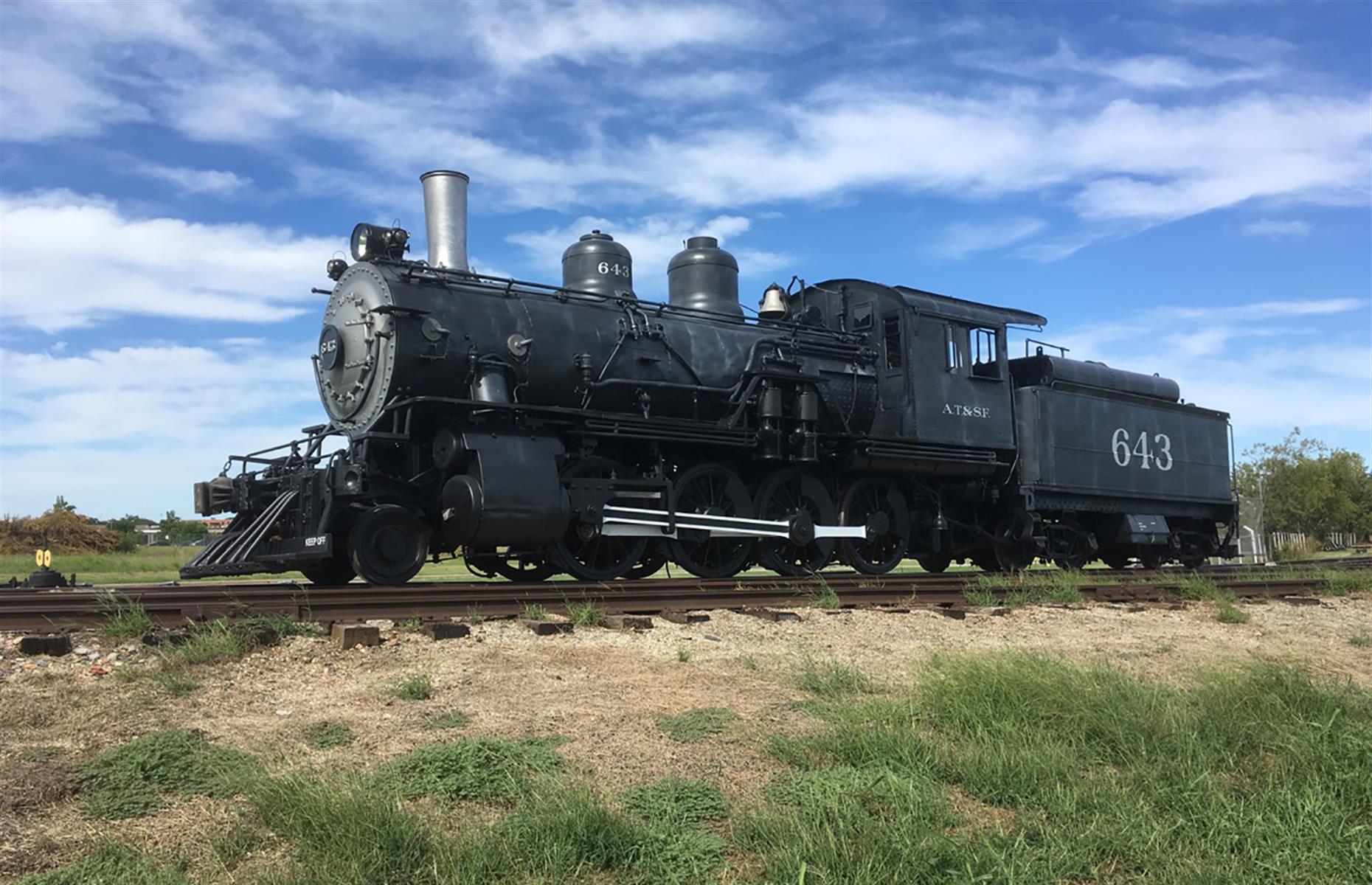 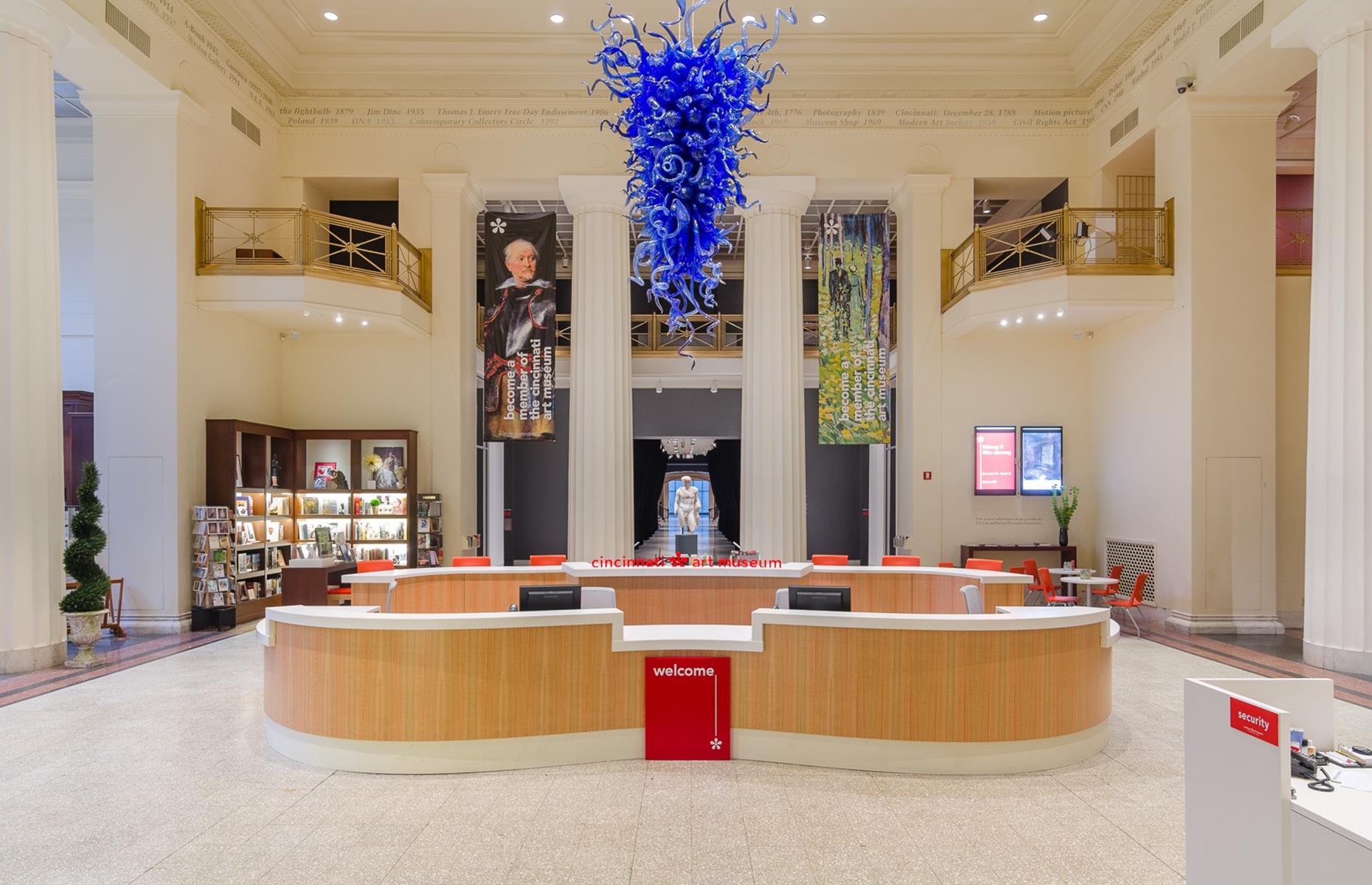 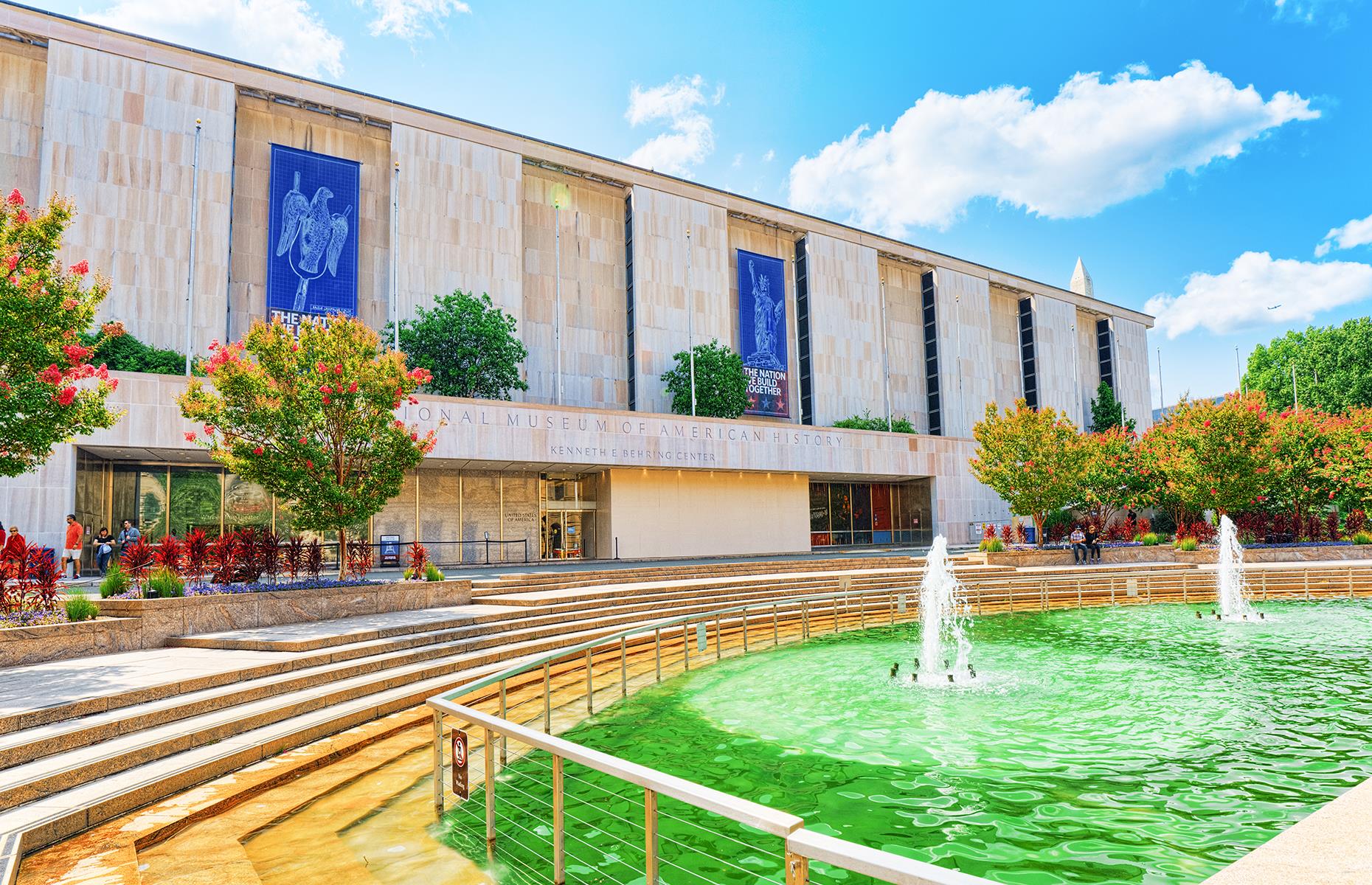 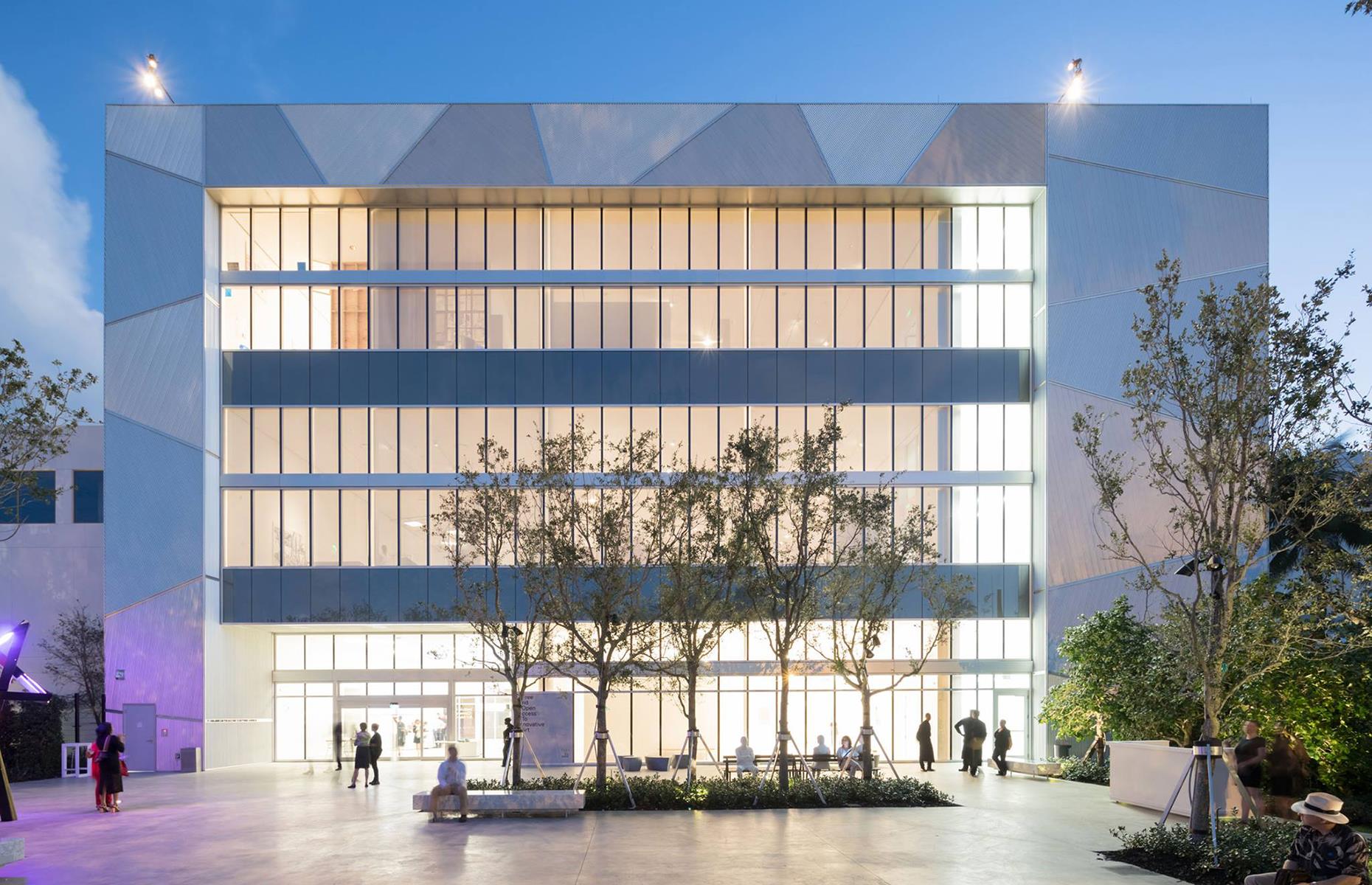 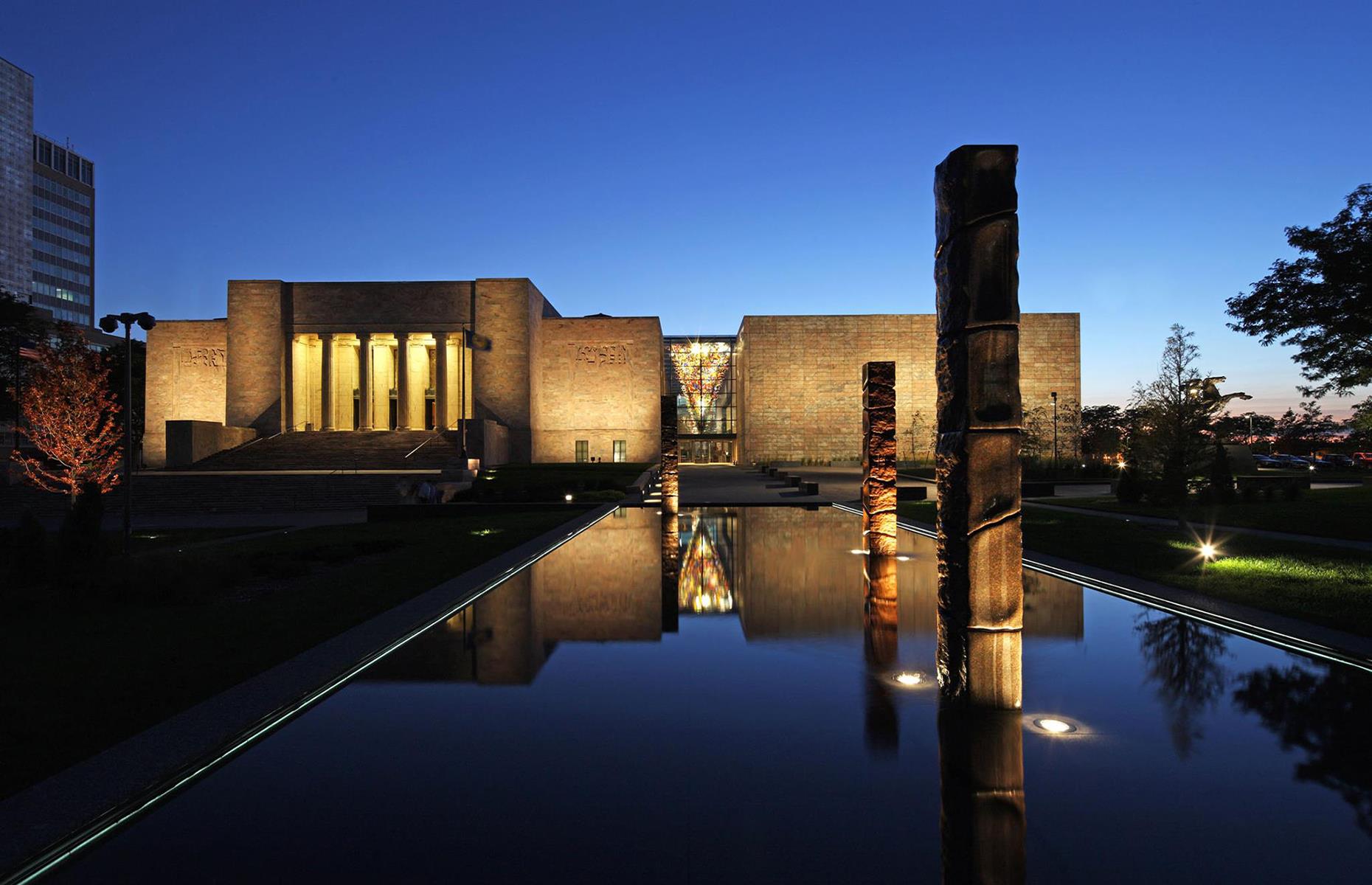 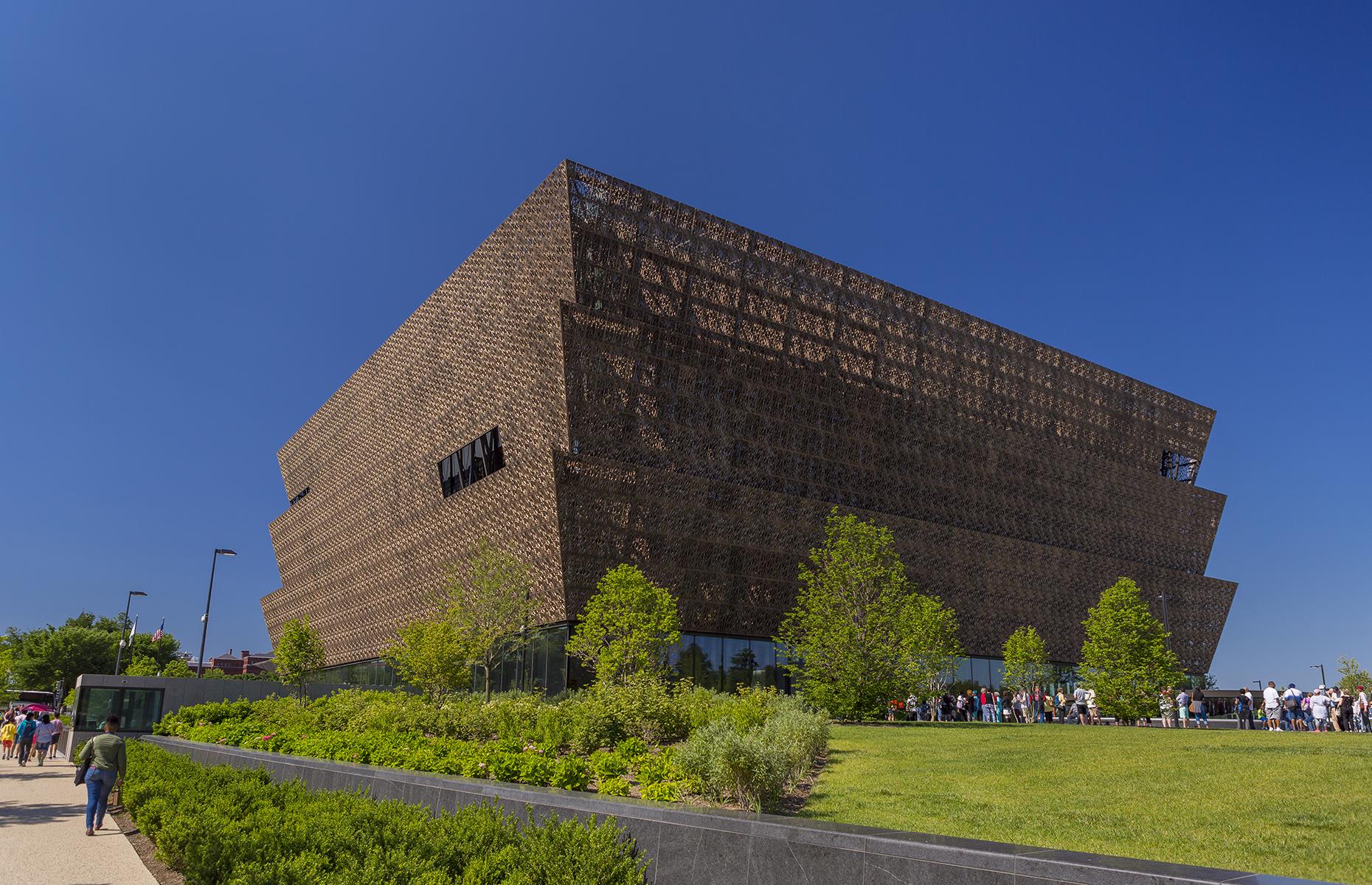 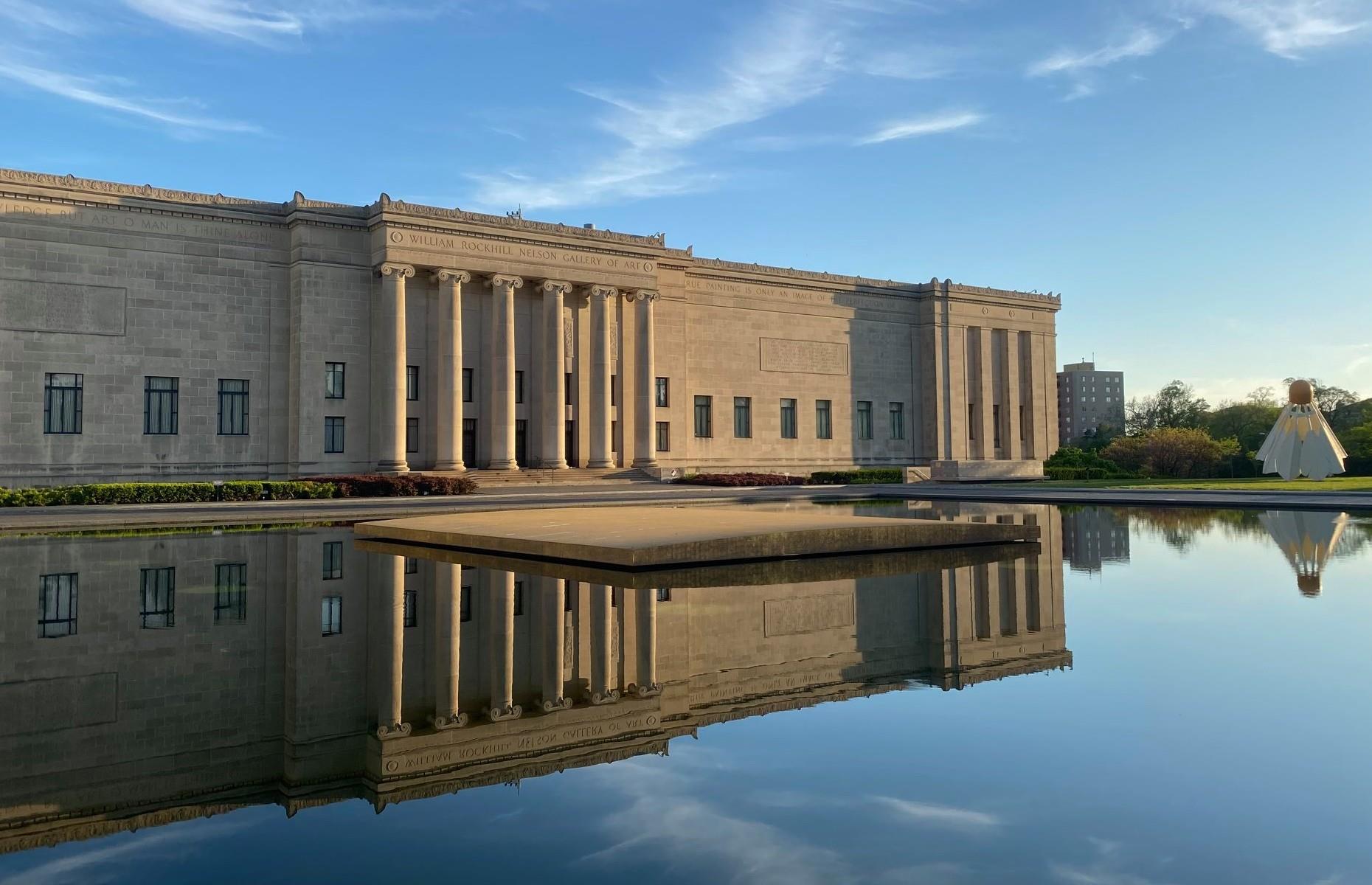 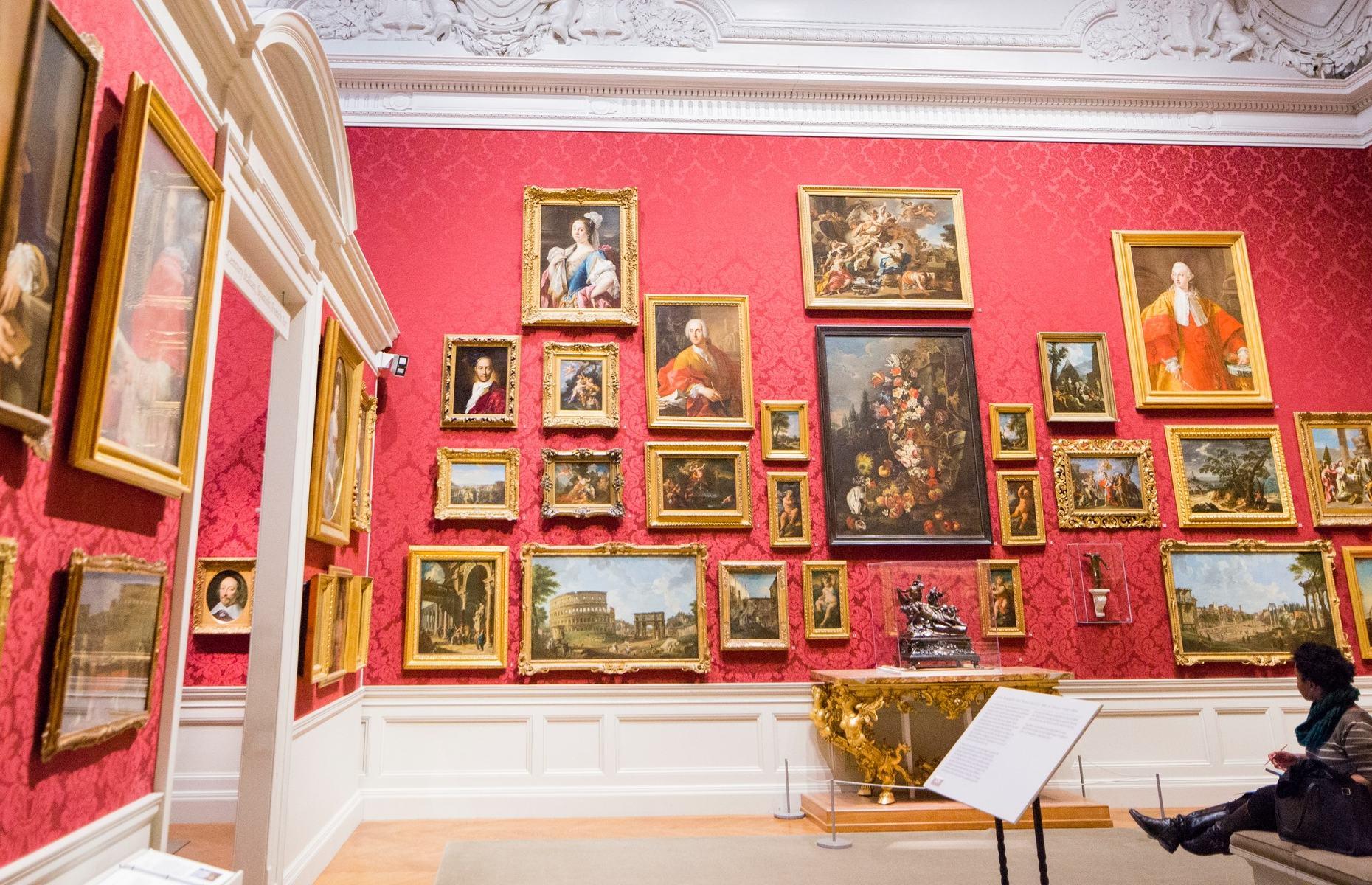 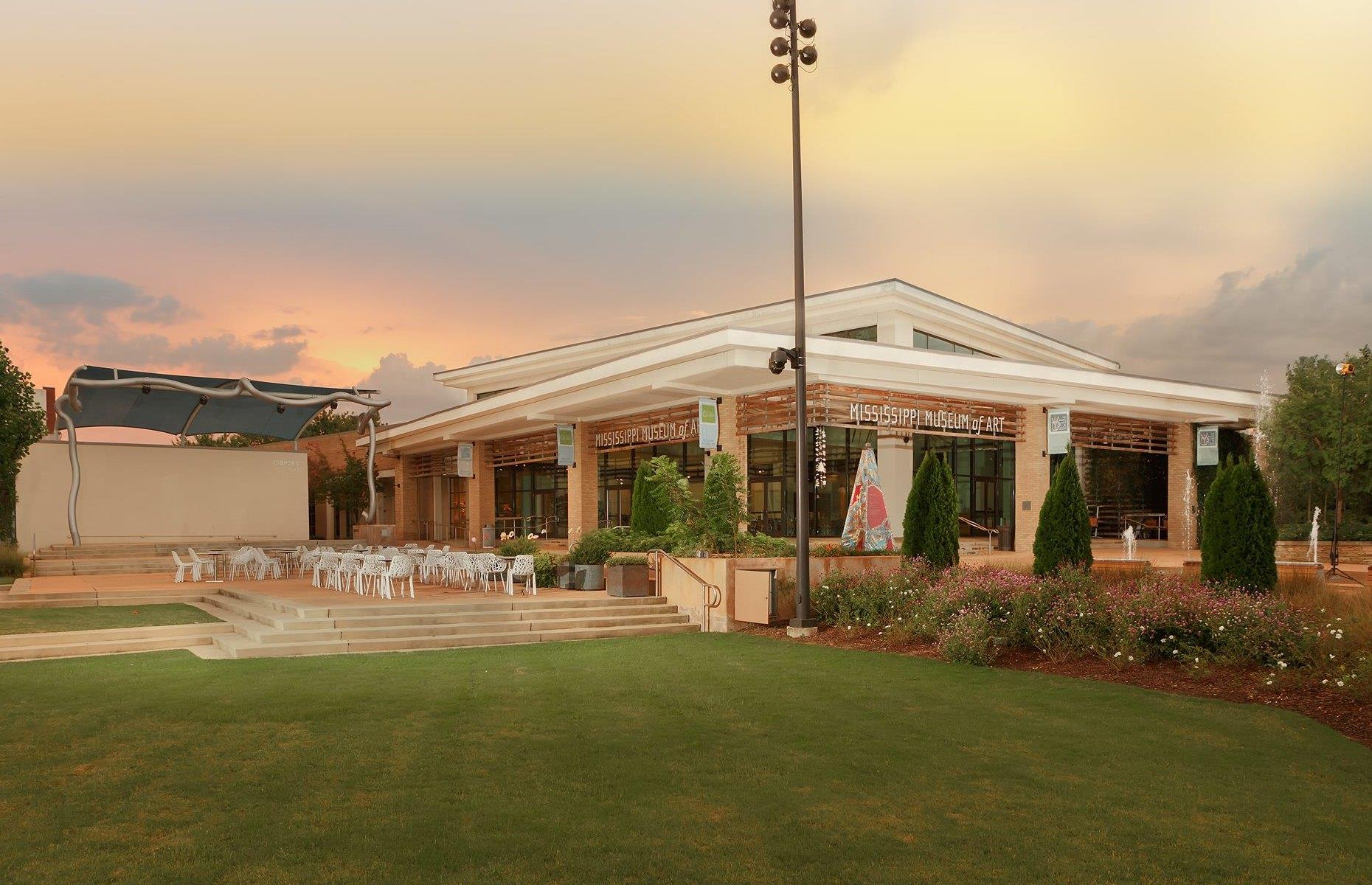 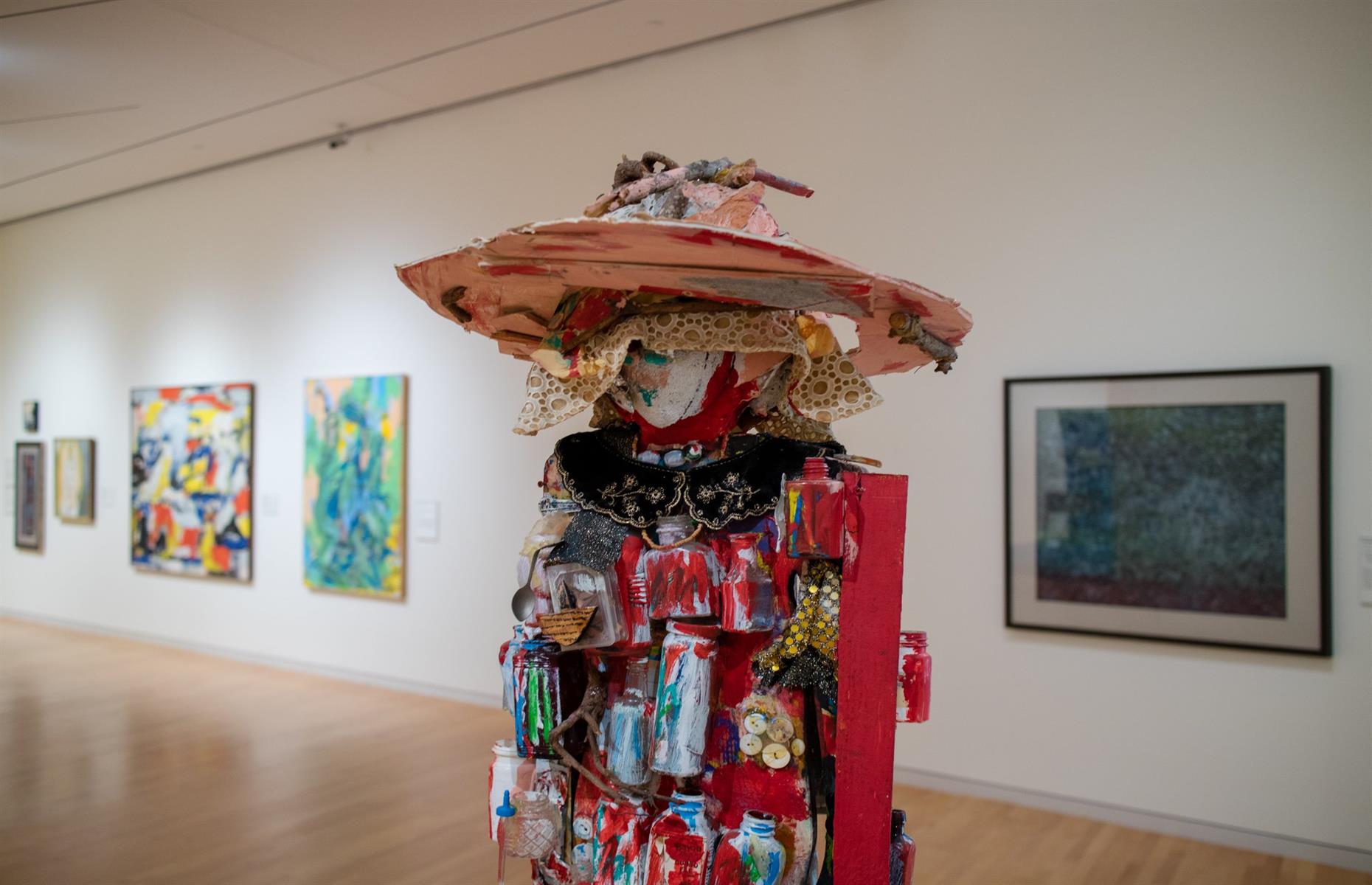 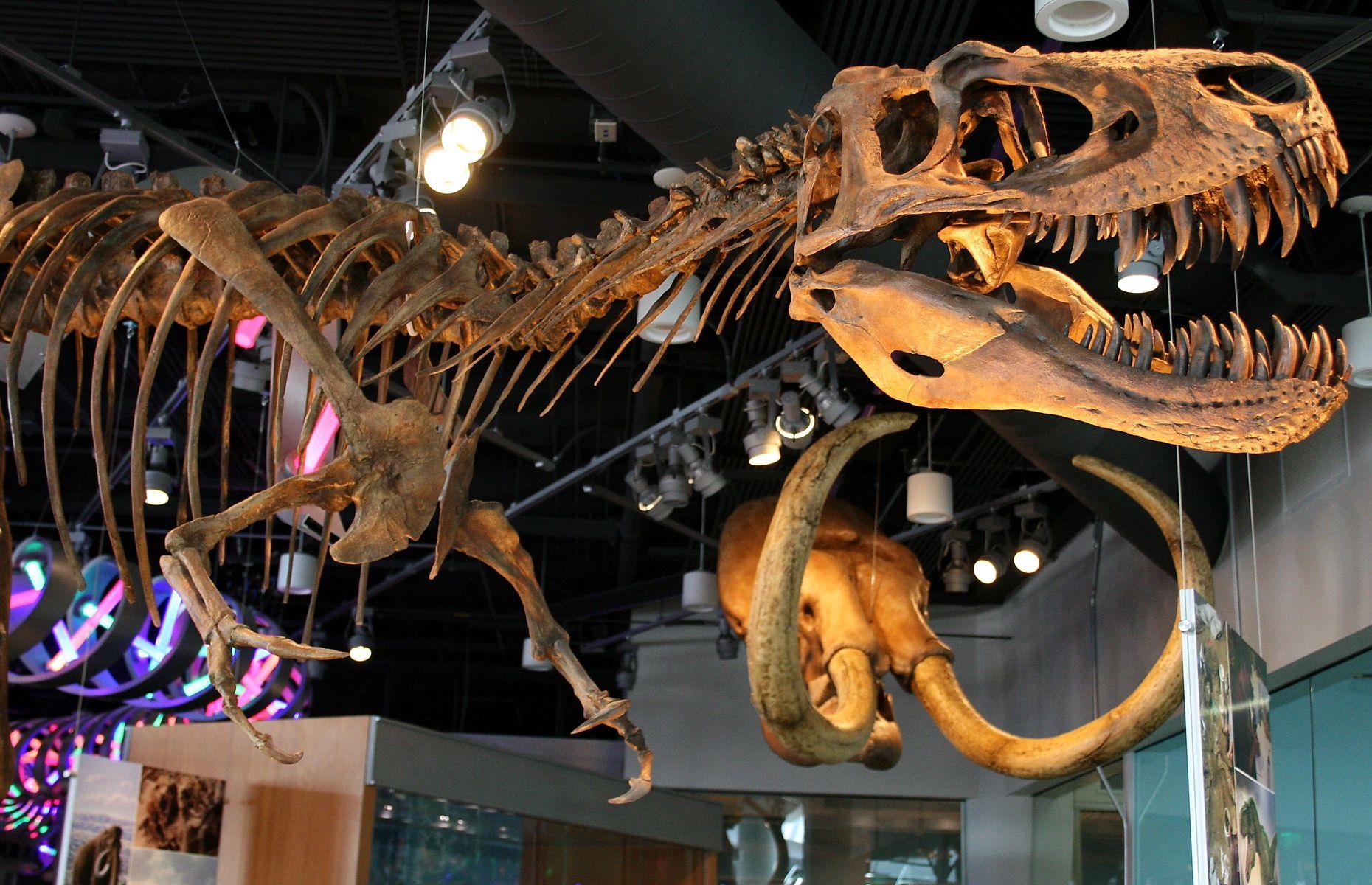 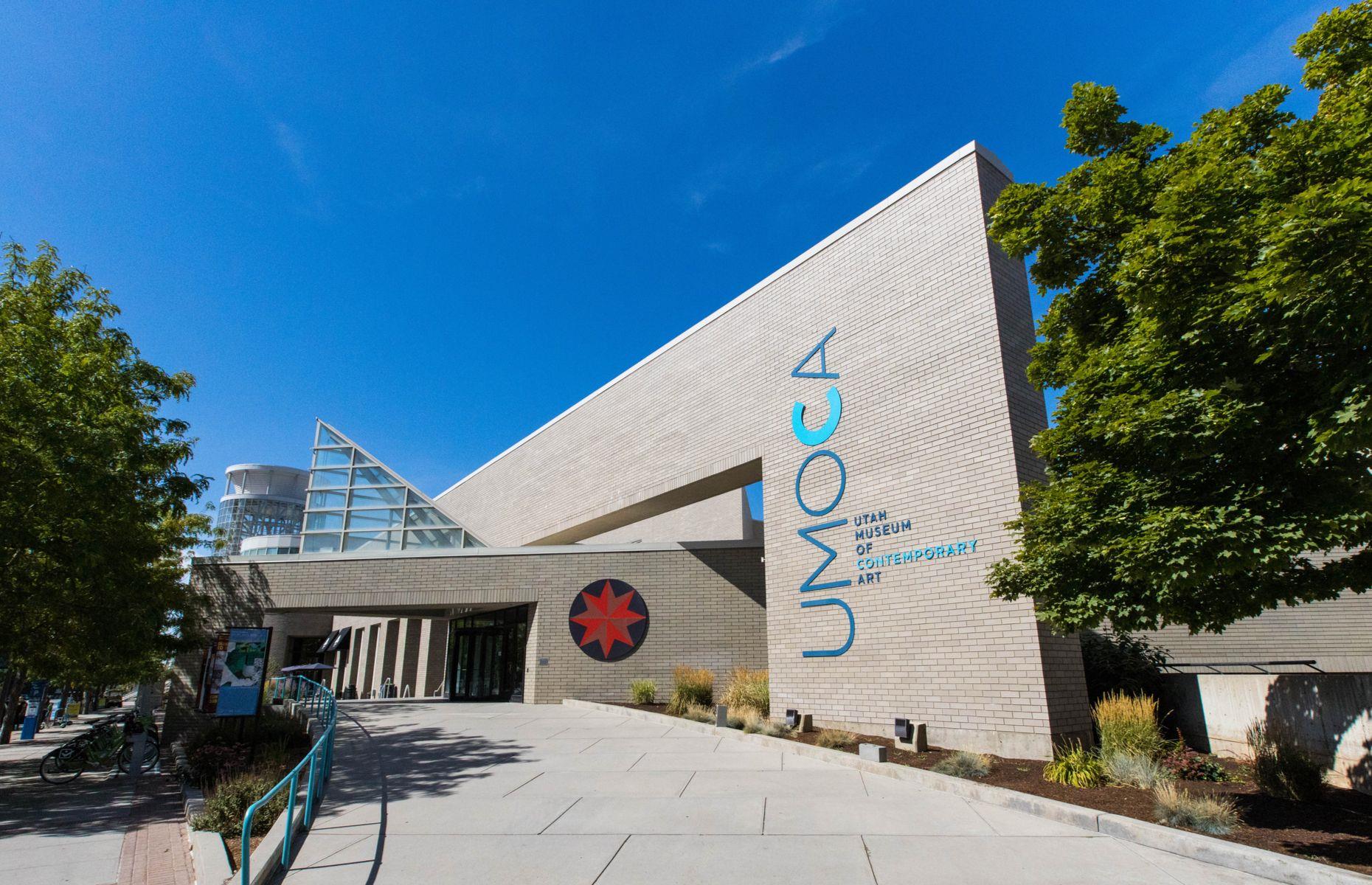 This shrine to American art has been in Bentonville since 2005. Big draws here include pieces by Georgia O’Keeffe and Andy Warhol, and a cavernous library filled with over 50,000 reference books about art and design. The building’s unique design, with bold concrete blocks and a sloping copper roof, was the brainchild of leading Canadian architect Moshe Safdie. Crystal Bridges is open to free timed ticket holders, which can be booked here.

North Dakota’s official history museum is brimming with relics from bygone eras. It pays tribute to early settlers and boasts an interesting exhibition on local women’s role in the First World War. Showcased items range from artworks to antique weaponry, all with the aim of preserving “the fabric of life in North Dakota”. The Heritage Center is currently open but all visitors will be subjected to a COVID-19 screening, find out more here.

Founded in 1913, the Cleveland Museum of Art has a collection spanning more than 45,000 pieces dating back thousands of years. Its sprawling galleries most notably include an impressive range of Asian, medieval European and pre-Columbian artwork. Kids and adults will be in awe of the huge range of galleries with works hailing from all over the world. The museum is currently open but there are a limited number of free timed tickets available.

Focusing on contemporary and 20th-century works by American artists, the Bronx Museum of the Arts is one of the few New York City museums that offers free admission. It’s famous for its annual Artist in the Marketplace program that aims to shine a light on emerging talent. The museum is part of the Bronx’s Grand Concourse Historic District – a collection of buildings along the Grand Concourse and its side streets. The Bronx Museum is currently open to timed ticket holders only.

A mixed bag of artworks spanning early to mid-20th century, The Menil Collection houses around 17,000 paintings, sculptures, prints, drawings, photographs and rare books, including works by Pablo Picasso and an extensive collection of pop art from Jackson Pollock, Andy Warhol and Robert Rauschenberg. It’s the private collection of founders John de Menil and Dominique de Menil, and the museum also offers free parking. The Menil Collection is open with safety measures in place, and free timed-entry tickets can be reserved here.

This sizeable institution is said to be the best history museum in the state. It covers a broad sweep of Tennessee’s past, from its role in the Civil War to the influence of President Andrew Jackson, who hailed from Nashville. Exhibits include archaic modes of transport, military uniforms and weaponry, as well as models of historic buildings. For more information on what exhibitions and displays are currently open, plus safety measures, check out the website here.

This popular museum has a vast store of international works. The institution is more than 100 years old and located in the well-heeled Charles Village District. The best bits include a huge collection dedicated to French artist Henri Matisse (there are more than 1,000 pieces), as well as two sculpture gardens dotted with striking works from talents such as Joan Miró. The Baltimore Museum of Art is currently open, but a free timed-entry pass is needed to visit.

This missionary in San Antonio is famous as the site of the 1836 Battle of the Alamo. Here Texans clashed with invading Mexicans during the Texas Revolution, in a conflict that would last almost two weeks. Today it’s a preserved historic site-turned-museum with an education center, bringing to life this pivotal battle. It remains one of the most-visited attractions in the state – admission is free with a timed-entry ticket.

The Minneapolis Institute of Arts (MIA) houses a diverse collection of everything from paintings and ceramics to sculptures and silk textiles, spanning 5,000 years and almost all continents. Here, visitors will find a vast collection of African art, Native American galleries featuring artifacts like a 3,000-year-old Olmec jade mask and a brilliant collection of European and American paintings, including works by Georgia O’Keeffe, Edgar Degas and Roy Lichtenstein. The museum is open and free timed-entry tickets are required.

This contemporary art museum opened in Wilmington in 2000. Seven galleries and more than 20 working artists’ studios are here, and exhibitions are continually changing. Past displays have included those dedicated to outer space and modern politics, while free events typically pop up every month. Admission is free although there is a suggested donation. Due to COVID-19, The Delaware Contemporary is currently operating at reduced hours from Thursday to Sunday.

This artistic treasure trove in Birmingham holds more than 27,000 items. It was founded in 1951, with pieces ranging from Native American works to those from all over Europe, Asia and Africa. A highlight is the Charles W. Ireland Sculpture Garden in the upper plaza. A permanent exhibition, it spreads over 13,000 square feet (1,208sqm) – the focus is a towering water feature designed by renowned American sculptor Elyn Zimmerman. The museum is open with safety measures in place and limited capacity.

This Oklahoma museum is more than just a haven for train enthusiasts. Compact but absorbing, it houses an antique steam engine, model trains and a whole lot of locomotive history. Although the museum itself is free to visit, for a few dollars visitors can take a 40-minute ride on a vintage train, which is currently running with reduced seating. The railway museum is open with limited capacity. Discover the best attraction in every state capital open now.

The Cincinnati Art Museum houses one of the most comprehensive art collections in the Midwest. Typically, the museum occasionally hosts ticketed special exhibitions, but its main focus lies firmly on expanding its permanent collection, which includes over 15,000 fashion and textiles objects and is free to explore. Visitors must register online in advance for a free timed ticket. Check out the world’s most beautiful museums to visit when travel is back on the agenda.

Focused on the social, political and cultural history of the United States, the National Museum of American History’s mission is to collect, care for and study objects that reflect the experience of the American people. The sprawling collection includes everything from Julia Child’s kitchen and the Red Slippers worn by Judy Garland in the 1939 film The Wizard of Oz, to the original Star Spangled Banner Flag and George Washington’s uniform that he wore from 1789 until his death 10 years later. The museum is open for free timed-entry pass holders, find out more here.

Focusing on new talent and emerging artists, the Institute of Contemporary Art in Miami is dedicated to promoting contemporary art. Its permanent collection also features world-famous modern artists like Pablo Picasso and Roy Lichtenstein. Equally important as the collection is the museum building itself. Finished in 2017, its geometrical exterior surrounds 20,000 square feet (1,858sqm) of gallery space and a sculpture garden at the back. Admission is free and timed tickets for entry can be reserved here.

This hulking Omaha museum has a huge variety of collections. Most notable is its store of European art (from Renaissance to Medieval works) and its large set of ancient antiquities, including Egyptian statues and Grecian urns. With its vast collection, looking around Joslyn will take at least an afternoon. Free entry tickets can be booked here.

It’s free to enter and explore this Smithsonian museum in Washington DC housed in a striking bronze building, but timed tickets book up months in advance. That’s probably because the breadth and depth of its galleries, transporting visitors through US history from an African-American perspective, is so impressive. A full day is needed to absorb exhibits from iron shackles to costumes worn by black icons. The museum is open with reduced hours and a limited number of free timed passes are available.

With an impressive collection of over 40,000 pieces of art from ancient vases to modern American paintings, The Nelson-Atkins Museum of Art in Kansas City is internationally recognized as one of the finest general art museums in the US. The iconic shuttlecock sculptures scattered across the lawn are the museum’s biggest draw. Created by artists Claes Oldenburg and Coosje van Brugge, at 19-feet-high (5.8m), they’re the largest shuttlecocks in the world. The Nelson-Atkins is currently open and free tickets can be reserved here.

Another gem from Maryland’s capital. Established in 1909, The Walters Art Museum may be less well known than the Baltimore Museum of Art, but with its mighty collection, it certainly packs a punch. Dating back thousands of years, the museum encompasses over 36,000 objects from all over the world, including 19th-century French paintings, Art Nouveau jewelry and even medieval suits of armor. Its beautiful Palazzo building was modeled after a 17th-century Italian palace and is arguably just as spectacular as the artwork. Open with safety measures in place. These are the museums and galleries you can visit from home.

Known as Mississippi’s largest museum, the Mississippi Museum of Art has been a community supported institution for more than 100 years. With a focus on connecting Mississippians with the power of art, the museum showcases some of the best of the state’s artists throughout history. Alongside an impressive permanent collection of over 5,000 objects, the museum also features a 1.2-acre park named The Art Garden, a pretty stretch of open greenery decorated with permanent art installations. Tickets are free for some exhibitions (others require a fee), plus the garden. You can schedule your visit here.

Georgia’s official art museum since 1982, The Georgia Museum of Art can be found on the University of Georgia campus in Athens. The museum features artworks primarily from the 19th and 20th century from artists all over the world, including works from Andy Warhol, Pablo Picasso and Hokusai. It’s also popular with families, known for typically hosting a monthly ‘Family Day’ themed around the museum’s current exhibitions. The Georgia Museum of Art is open with reduced hours and reserving a free ticket is required.

Located in Raleigh, the North Carolina Museum of Natural Sciences is famed for being one of the state’s most visited attractions. Created in 1879, it’s the oldest established museum in North Carolina, home to a show-stopping collection of natural artifacts including dinosaur bones, asteroid pieces and glittering gemstones. Highlights from the museum include its impressive T-Rex that towers over the third floor, and the huge globe-shaped three-story theater, known as the SECU Daily Planet that juts out of the Nature Research Center. The museum is open but free timed-entry tickets must be booked in advance.

Previously known as the Salt Lake Art Center for over 50 years until it was renamed in 2011, the Utah Museum of Contemporary Art is home to a mixture of modern artwork from local, national and international artists. Across its four galleries, the museum features rotating exhibitions, alongside a typically extensive calendar of workshops, talks, films, performing arts and educational programs. The museum is technically free but a donation is suggested. Now take a look at the American attractions that no longer exist.

Related posts:
Tags: best, free, in, museums, the, U
Recent Posts
This website uses cookies to improve your user experience and to provide you with advertisements that are relevant to your interests. By continuing to browse the site you are agreeing to our use of cookies.Ok